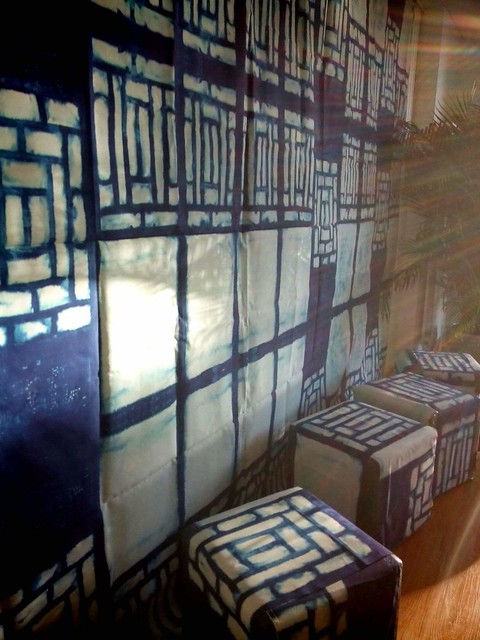 Just before leaving Beijing, I mounted this installation of prints of my paintings, the last while living in the city that has been home for 4+ years.

"Mourning Chamber in the Forbidden City" depicts the structure built in memory of Concubine Zhen by her sister, a place to meditate in remembrance. Zhen was reputedly thrown into a well by eunuchs on the orders of Dowager Empress Cixi. Inside the original cyanotype are maps of the legation quarter, to which foreigners were virtually confined and later attacked on Cixi's orders, and calligraphy by her as well.

Like most of the series, the original paintings are are pairs of perspectives, different views of the same structure seen in polarizing ways. 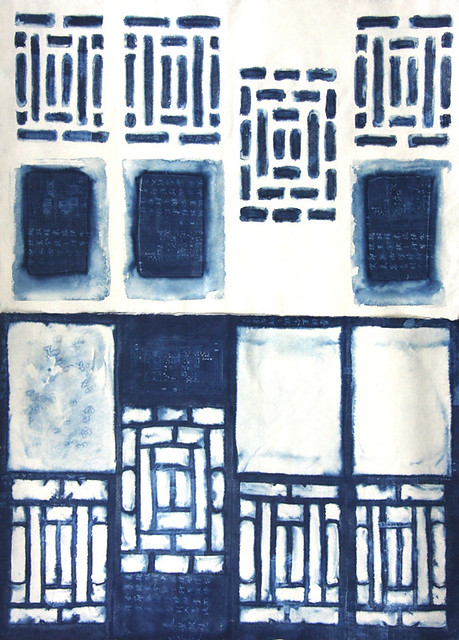